Premier Andrews in hospital after fall - Victorian Premier Daniel Andrews has been taken to hospital for X-rays after he fell while ...
NSW koala deal 'will push them to brink' - Conservationists say a new deal struck between the NSW Liberal and Nationals parties will ...
Fruit and vegetable deliveries to the NT delayed after fiery fatal crash - There will be a lack of fresh fruit and vegetables at some supermarkets in the Northern ...
Key quotes from the Sussex's Oprah chat - Memorable quotes and major revelations from Oprah Winfrey's interview with Meghan and Harr ...
GPs brace for coronavirus vaccine rollout - Doctors are ironing out complicated logistics and asking for patience as they prepare to g ...
$84m of tobacco seized in NSW/Vic - More than $84 million worth of tobacco has been seized in a two-day blitz that's disrupted ...
School students to get free sanitary items from Term 2 - School students in the Territory will soon have access to free sanitary items, thanks to ...
No new local Vic virus cases for 10 days - Victoria has recorded 10 days without a locally-acquired COVID-19 case as it readies to ad ...
Gillard urges people to get COVID-19 jab - Julia Gillard is showing unity with the Morrison government in urging everyone - and parti ...
Charges over northern NSW shooting spree - A man who allegedly shot at four homes and a police car in a shooting spree in northern NS ... 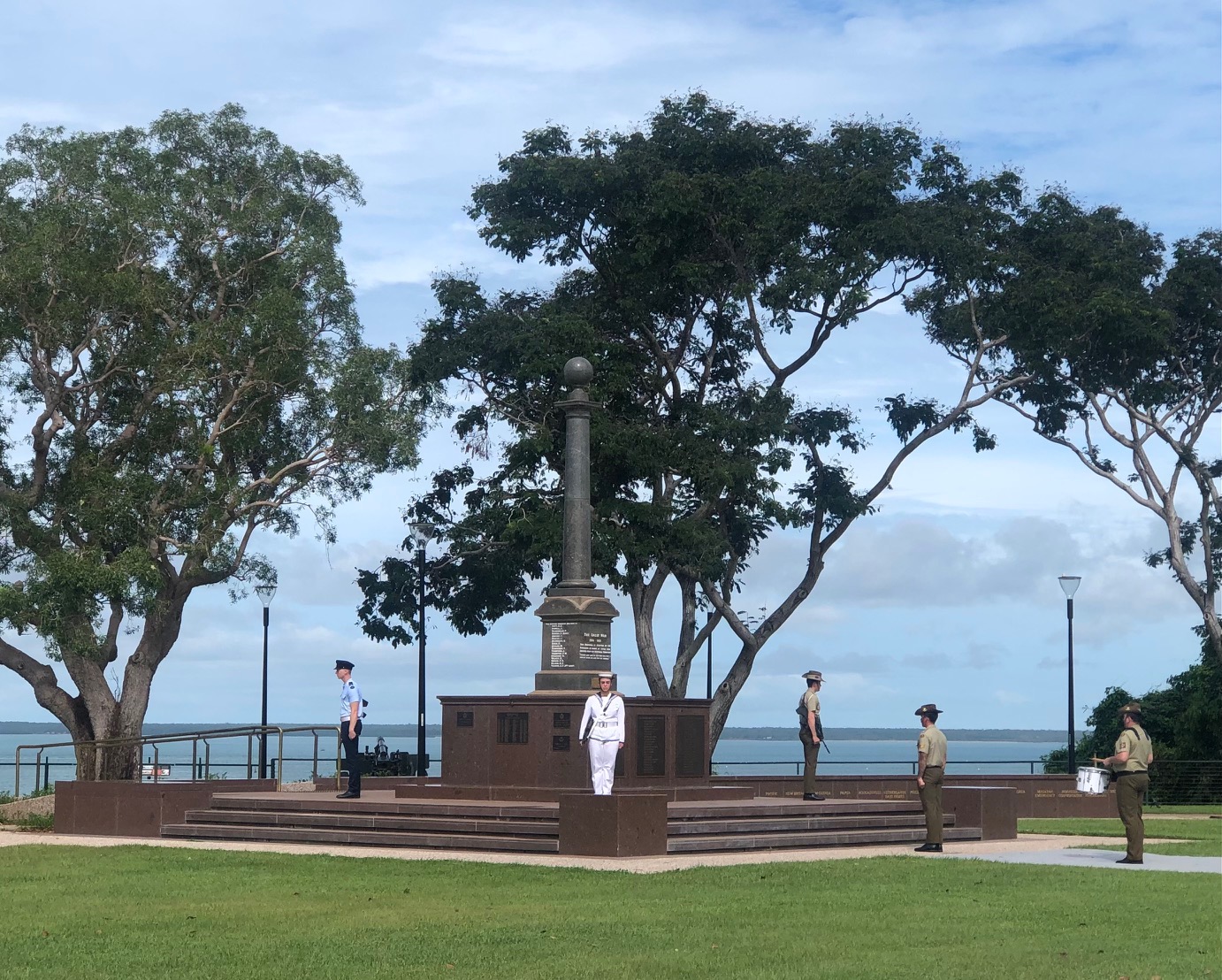 One of the last living veterans to serve in the Bombing of Darwin, Mervyn Ey sat proudly, marking 79 years since what still remains the deadliest attack on Australian soil.

At 99 years of age, it is a story of survival like no other.

Mr Ey was a private with the infantry regiment, based at Nightcliff, when a sky full of Japanese planes edged closer from the horizon, before bombing ships in the harbour – detonating the heart of the city.

Today, the sky was overcast, the air humid, as more than 2,500 people gathered at the Esplanade Cenotaph to pay their respects to those who lost their lives.

236 people died, 11 ships were sunk and 30 aircraft were destroyed when the Japanese attacked for the first time, on February 19, 1942.

Council CEO Scott Waters opened the ceremony, saying "it is indeed Darwin's story of sadness, defiance, bravery and loss all wrapped-up together."

The Australian Defence Force re-enacted the events of 1942, while World War 2 vintage aircraft flew by.

Administrator of the Northern Territory, Vicki O'Halloran reflected on the moments the national flag at Government House was attacked.

"Eventually all that remained of the largest white Commonwealth star was the outline," Her Honour O'Halloran said.

"Symbolic of the strength of spirit of the Darwin community, the flag continued to fly despite the battering."

She also paid tribute to those who continue to serve their country.

"Let us also reflect on the continuing contribution of the people of our ADF," Her Honour said.

"These remarkable Australians fought then as they continue to fight now for our ongoing safety, our freedoms and our way of life."

"To all our pilots, our soldiers, seamen, submariners, reserves, instructors, medical staff, cadets and officers, our heartfelt thanks."

Lord Mayor Kon Vatskalis said it was wonderful to see so many school students at the service.

He said it is important to share Darwin's history with younger generations.

"Future generations will learn the horrors of war and the importance of preserving peace," Councillor Vatskalis said.

Next year marks the 80th anniversary of the Bombing of Darwin.