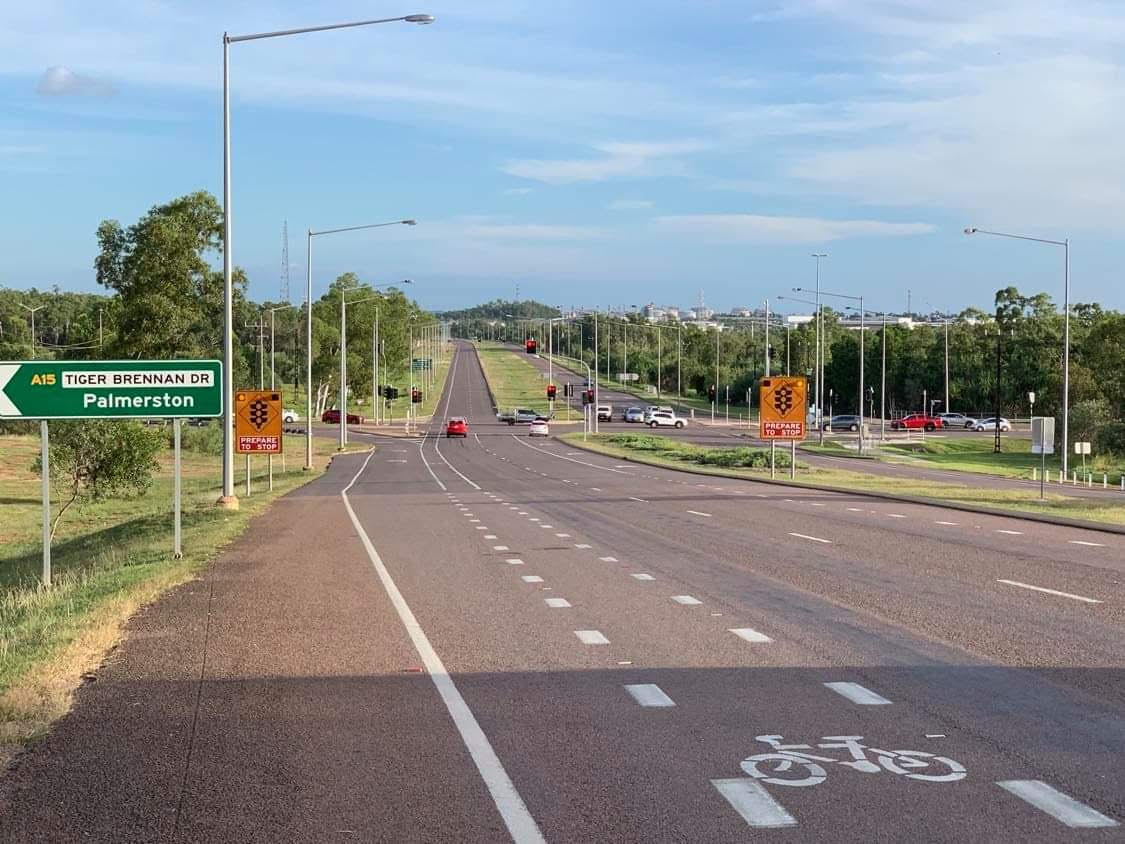 A contractor is being sought to build an overpass at the Tiger Brennan Drive and Berrimah Road intersection.

The $61.5 million project is being jointly funded by the Federal and Northern Territory Governments to improve safety at the site, which is notorious for crashes.

There have been multiple fatalities at the intersection, with almost 20,000 vehicles using Tiger Brennan Drive each day.

The new overpass will separate the major flow of traffic on Tiger Brennan Drive from the traffic movements on Berrimah Road.

It will enable the continuous flow of traffic resulting in less traffic delays during peak hours and improved connectivity for freight transport to East Arm Wharf.

Northern Territory Minister for Infrastructure, Planning and Logistics Eva Lawler says the project will support local jobs across a number of industries.

And there is more funding for road projects up for grabs, says Deputy Prime Minister and Minister for Infrastructure, Transport Michael McCormack.

“Importantly, this is only one of the first batch of projects to be approved under the program for the Territory, with a total of up to $96 million available to the Northern Territory to continue to roll out lifesaving upgrades across the road network through to June 2022,” Mr McCormack says.

An off-road cycling path along Tiger Brennan Drive from Berrimah Road to Roystonea Avenue will also be delivered as part of the project.