Two more COVID deaths as NSW plots future - Two more people have died from COVID-19 in NSW, taking the toll from the state's latest ou ...
Property prices and sales on the rise in the Northern Territory - &#13; The sale price of units in the Northern Territory are on the rise, according to ...
South Australia set to end lockdown - South Australia is likely to end its week-long COVID-19 lockdown on time after reporting o ...
Penguin parade livestreams make a comeback - Phillip Island's successful penguin parade livestream is making a comeback to help get mil ...
Alice Springs residents can now quarantine at home if they can meet strict requirements - &#13; Residents in Alice Springs with suitable homes and living arrangements are now a ...
Construction underway on major prawn project in the Northern Territory - &#13; Construction of a major prawn farm is underway in the Northern Territory.
Booster Pfizer shots secured for 2022 - Scott Morrison says securing $85 million worth of Pfizer vaccines as booster jabs is anoth ...
Woman in her 30s among NSW COVID dead - Australia has recorded its youngest female COVID-19 death to date - a Sydney woman in her ...
Regions struggle with stop-start tourism - Huddling on the beach in a blanket to watch the penguins paddle home is usually the highli ...
Vic lockdown strategy is working: Andrews - Victorian Premier Daniel Andrews says it's still too early to know whether the state will ... 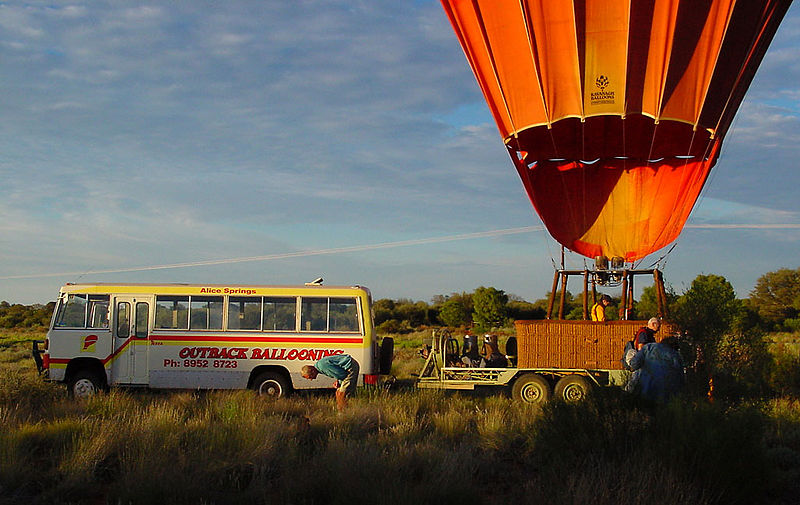 A hot air balloon company in Alice Springs has been slapped with a hefty fine over the death of a New South Wales tourist.

35-year-old Stephanie Bernoth and her husband were preparing for a balloon ride with eight other passengers in July 2013.

Despite two safety briefings about the hazards of the inflation fan and directions to stand clear of it, the passengers boarded the basket on the same side of the fan, walking straight past it.

Mrs Bernoth, who was the second passenger to board the balloon was killed after her scarf became entangled in the fan’s blades and driveshaft.

NT WorkSafe says the young woman died while on holidays in the NT because the business did not have appropriate systems in place to prevent injury from “a well-known hazard.”

The group charged Outback Ballooning over the death in 2014, which was challenged by the company, sparking a four-year legal battle.

The matter was appealed to the highest court in Australia, with the High Court ruling in favour of NT WorkSafe, reverting the charge back to the Alice Springs Local Court.

Outback Ballooning has now been convicted of breaching Work Health and Safety legislation and fined $130,000.

The NT’s Work Health and Safety Regulator Bill Esteves expressed his condolences to the victim's husband and her family in the Philippines.

He is also warning businesses to continuously review the risks and not becomecomplacent about safety.

“Businesses must objectively assess risks if employees change or modify a procedure."

“In this case, the crew should have assessed the risk associated with repositioning the balloon’s fan due to a change in the direction of the wind.

“On this occasion, the guard fitted to the fan did not stop Mrs Bernoth’s scarf being drawn into it.

“A risk assessment would have identified this and the crew would have implemented measures to keep passengers at a safe distance from the fan.”’

A portion of the company's fines will go towards creating a series ofprecautions fortourists in Central Australia in various weather conditions.