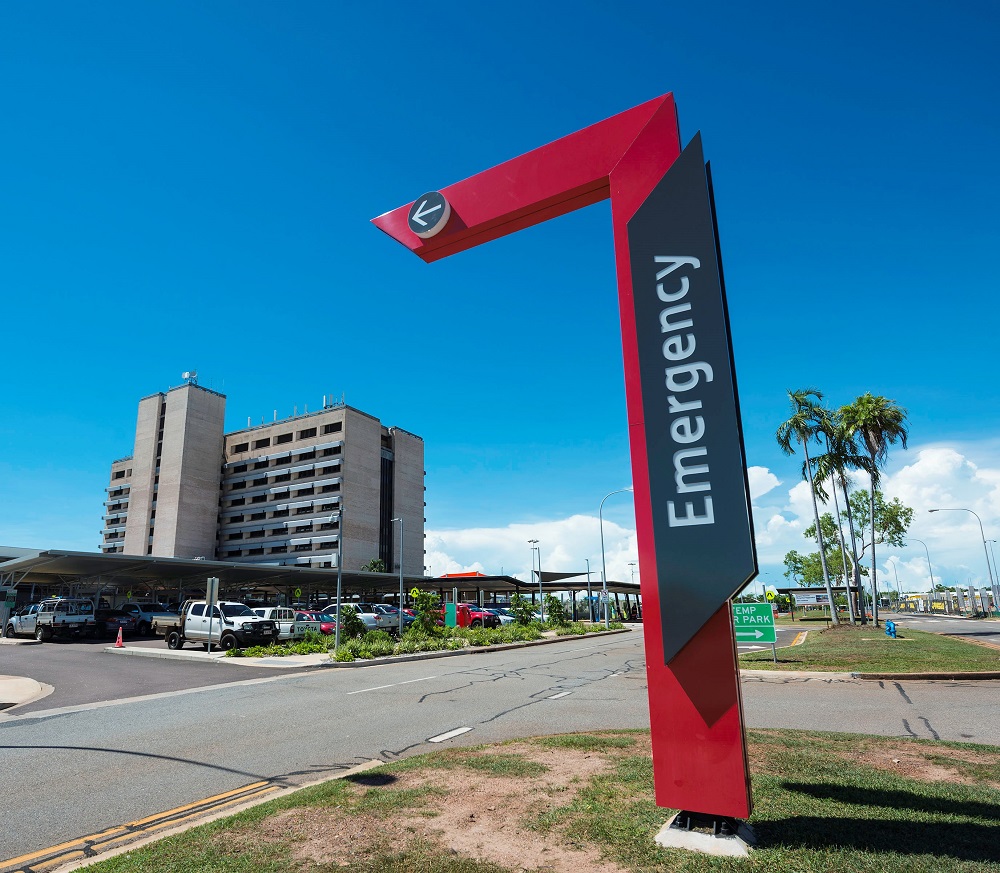 A Good Samaritan remains in hospital after trying to help a woman involved in a domestic dispute in Coconut Grove.

The man intervened after the woman’s partner allegedly assaulted her at the Bunning’s car park on Bagot Road at about 3pm yesterday.

Watch Commander Mick Fields says the alleged offender then pushed the good samaritan to the ground and allegedly started laying into him with another man.

“Together they repeatedly kicked the victim in the head and body,” he says.

“Another male Good Samaritan has pushed a shopping trolley into both the offenders to stop them further assaulting the victim.”

“Police and St John’s Ambulance have attended the scene and located the 43-year-old victim being cared for by members of the public.”

The Good Samaritan, a 43-year-old man was taken to the Royal Darwin Hospital in serious condition while the woman escaped injury.

Acting Senior Sergeant Fields says a 54-year-old man was arrested at the scene and taken to the Palmerston Watch House.

“He will face domestic violence, assault and drug related charges.”

Investigations are ongoing, with police still searching for the other man involved.

He is described as Indigenous, with an athletic build, wearing a white t-shirt and shorts.

Witnesses and anyone with phone or dash cam footage is being urged to contact police.