Should Australia be cancelling more events? 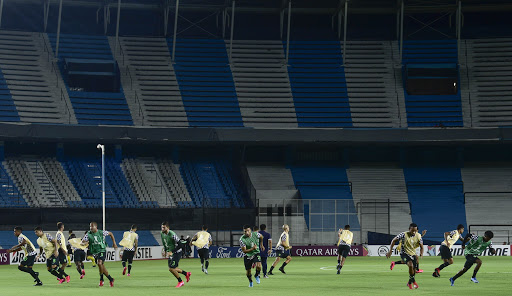 Around the world and here in Australia, the Coronavirus pandemic is seeing many big events either postponed or even cancelled.

Just today, the Australian Grand Prix has been cancelled following the positive tests of coronavirus at Albert Park, with the majority of teams deciding against racing in a meeting held last night.

Cricket Australia has announced today that Australia's three-match men's ODI series with New Zealand will be played behind closed doors and the World Cup-winning women's side's South Africa tour has been suspended.

So far, the NRL has decided to play to open stadiums but for how long?

Former US President, Barack Obama this morning tweeted a graph showing the impact of not self-quarantining.

If you’re wondering whether it’s an overreaction to cancel large gatherings and public events (and I love basketball), here’s a useful primer as to why these measures can slow the spread of the virus and save lives. We have to look out for each other. https://t.co/Ld7Uc8sPTQ

Michael Osterholm is an internationally recognized expert in infectious disease epidemiology who has also predicted that we could see conservatively speaking, over 480,000 deaths from this virus in the next 3 - 7 months. He's also said that the virus will not just be an "old person's" problem.

And this part is really freaky.
The late internationally renowned psychic, Sylvia Browne even predicted this would happen!

You better do your research hunny. That third photo is from Sylvia Browne not from Dr. Koontz's book. pic.twitter.com/oolsmlTrY0

So do you think Australia is doing enough?